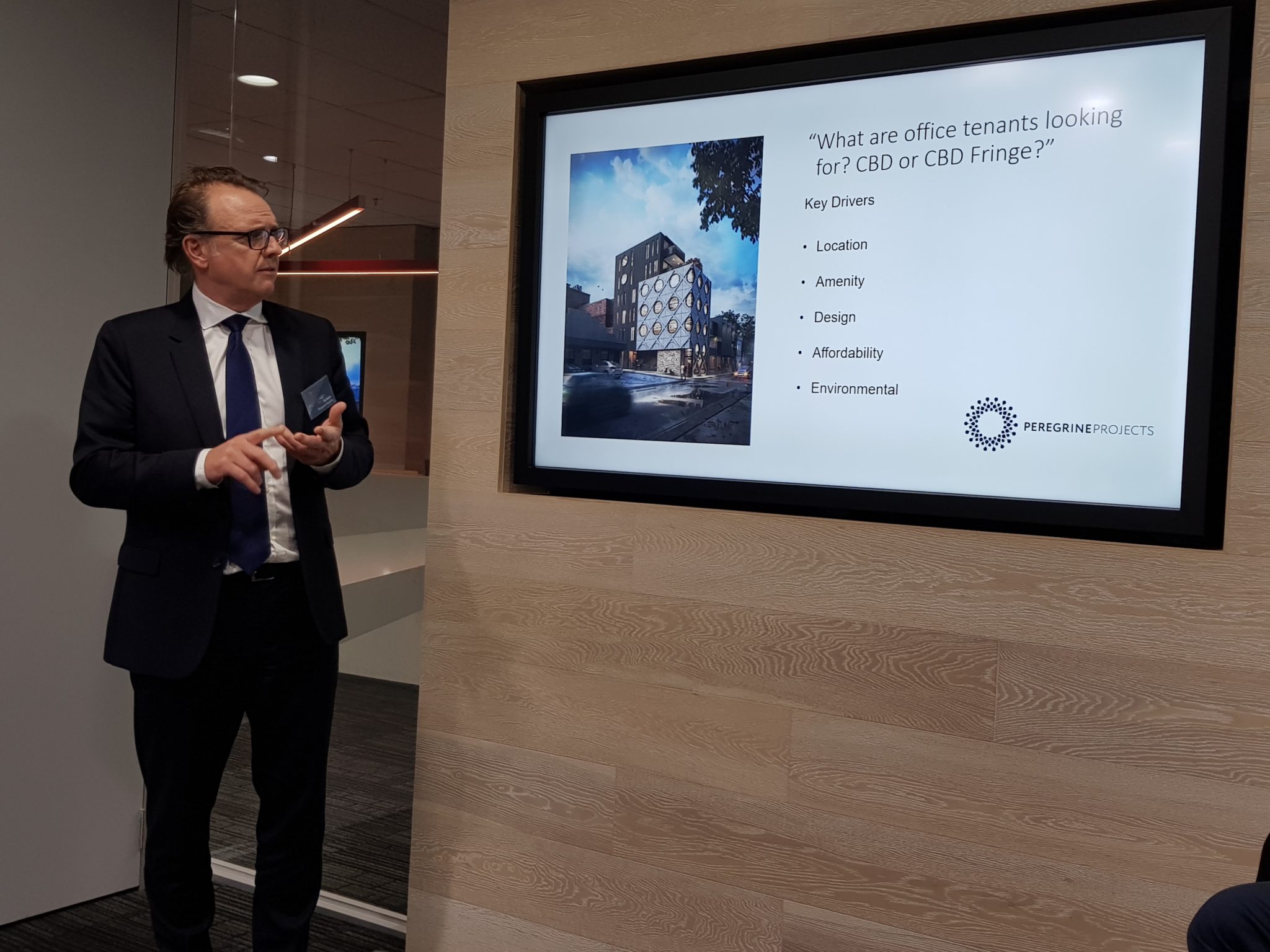 FRINGE APPEAL? WHY BUSINESSES ARE RE-LOCATING FROM THE CBD

FRINGE APPEAL? WHY BUSINESSES ARE RE-LOCATING FROM THE CBD

Recently I was invited to speak at a Point Polaris boardroom event about the future of Melbourne’s commercial real estate market and whether the CBD would continue to see the unprecedented growth and demand of the past five years, or if the fringe would be the next office hotspot.

I could see why I was asked this question. The CBD fringe areas of Melbourne are witnessing some serious momentum at the moment, particularly in the creative enclaves of Richmond, Cremorne and Collingwood.

Our research indicates that South Melbourne, too, is about to kick, while St Kilda Road has been tracking well for a while now. The reason? Well, there are a few, but one of the obvious indicators is the recent growth of industries such as IT, media, marketing and advertising, which don’t necessarily require a Collins Street address.

The fringe’s more affordable prices per square metre, and larger variety of tenancy options that lend themselves to more flexible fit-outs and uses, mean these companies can find a similar level of amenity as they would in the CBD — without the common issue around parking, or lack thereof.

But it’s not just affordability that is driving companies to the fringe.

A large number of sites in the CBD and Docklands that we never thought would be fully occupied when they were constructed, have long since been leased. So supply and demand, as always, plays a role.

There is also the potential advantage on the fringe of increased company efficiency, as workers will not have to endure long commutes in and out of the city each day.

Let’s not under-estimate, either, the pulling power of a newly regenerated urban area. The areas that are really taking off are not greenfield sites, but established urban precincts that have enjoyed a Renaissance in recent years, and offer excellent transport links and strong communities.

Workers love to walk out the front door of the office and find themselves in an inspired environment such as Smith Street in Collingwood, Church Street in Richmond and Chapel Street in South Yarra. They’re popular because of their heritage facades and great vibe, which is always a drawcard with a younger workforce.

But, of course, not all office developments on the fringe were created equally, so if these elements are not occurring organically, commercial developers will need to make sure they are providing tenants with a full complement of bars, restaurants and lifestyle options that reflect the way people like to live and work.

Workers may want to study a course after work or take a meditation class in their lunch break, and offices need to be in locations where this amenity is easily accessible.

The office itself must be a mix of private and collaborative spaces, with lots of natural light and — ideally — a view of the city. Pokey spaces with small floor plates are always the last to lease and can often languish on the market for years.

So to answer the question of whether the future of the Melbourne office sector is in the CBD or the CBD fringe, I think the answer is both.

The city will keep delivering on big premium-grade buildings, but you may start to see larger companies split their offices and straddle both markets, in order to accommodate an increasingly demanding workforce and their lifestyle needs.

Splitting an office into two locations can also help save on costs. For example we may see a rise in companies who retain a smaller ‘front of house’ office in a Collins Street office, paying $700 to $800 per square metre, while a separate part of their workforce might be based in a fringe location, paying $300 to $400 per square metre by comparison.

But at the end of the day, the real winner won’t be the CBD or the CBD fringe. It will be the quality spaces that respond subtly to the needs of the modern worker with both neighbourhood and on-site amenity, and a unique architectural offering.

And that will always be in demand, whether it’s in Collins Street or Cremorne.

Pat Burke is the transaction manager at Melbourne-based Peregrine Projects and the Managing Director of MP Burke Commercial Real Estate.