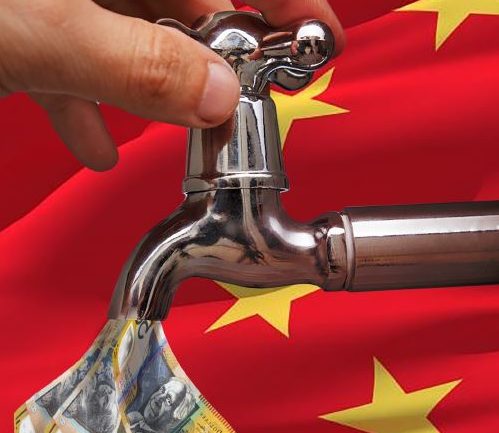 HOW WILL THE CHINESE GOVERNMENT’S CRACKDOWN ON CHINESE DEVELOPERS AFFECT THE LOCAL MARKET?

HOW WILL THE CHINESE GOVERNMENT’S CRACKDOWN ON CHINESE DEVELOPERS AFFECT THE LOCAL MARKET?

In our October Boardroom Series, we delved into one of the industry’s hottest topics for 2017.

Andrew Hogan, Managing Director of Point Polaris and guest presenter Jing Wang, legal partner at PWC China, offered their insights into what lies ahead for the local market following the Chinese Government’s crackdown on Chinese developers.

Starting off the discussion, Andrew pointed out China’s investment peaked at $47.3 billion during 2015-16, a staggering 400% more than any other country investing in Australia, of which $32 billion was in real estate.

Despite China’s new laws restricting outbound company investment, Andrew referred to future waves of Chinese investment in Australia “as a tsunami that will continue to flow”.

Speaking of the reasons behind the Chinese Government’s capital flow restrictions, Andrew noted that by regulating overseas investment, it is a direct move to take control of the flow of money in and out of China, to mitigate risk, and, also forms part of China’s ‘One Belt, One Road’ (OBOR) initiative.

“If left unchecked, the sheer amount of Chinese capital involved in outbound real estate transactions could potentially contribute to the challenges of managing foreign exchange reserves and bring down the value of the Chinese currency.”

“China is also looking to avoid a Japan-style collapse, which followed an offshore acquisition binge by Japanese firms in the late 1980s and early 1990s.”

The OBOR infrastructure initiative follows the trail of the Silk Road of Ancient China, covering ten countries which exclude Australia and New Zealand, with a clear Government preference for investments linked to the OBOR platform. China is encouraging up to $113 billion in investments in OBOR identified countries, all part of its strategy to become a super power.

“With due diligence, overseas real estate investments may still be permitted by China. Playing a major role in the approval process, is whether companies have been compliant in paying taxes in China,” said Andrew.

“Developments currently in construction can proceed while any projects at pre-construction require sign off from the Chinese Government.”

China’s outbound global real estate investment peaked at a record high of over US$200 billion at the end of 2016 while spending from January to June 2017 reached US85 billion. Noting “the spending tide is receding a little, but it won’t stay out for long,” Andrew said.

Andrew foresees this retreat in Chinese investment as opening a window of opportunity for local investors and developers.

“Everyone is scared of the market crashing down but at Point Polaris, we don’t think this will be the case.”

“The barriers put up by China will restrict new entry here and we will see a decline in competition from overseas developers, particularly as Chinese banks are now less likely to fund Chinese developers in overseas markets.”

“We are already seeing some Chinese developers quietly selling their sites in off-market transactions. With less heat in the market, there will be less upward pressure on site values. As international investment declines, now is the time for both established Chinese developers here and local developers to pick this window of opportunity and acquire great sites at reasonable prices.”

“These market changes along with Australia’s recent 50% foreign ownership cap in new property developments will level out the playing field between offshore and local developers.”

Opinion 74 of China’s National Development Reform Commission summarises the new rules and policies to be implemented under the OBOR mandate and according to Jing ”the impact of Opinion 74 is huge, as it will push down property prices in Australia with less Chinese investment in residential and commercial property markets”.

“As a result of China’s reforms, more asset deals will emerge, these are lower on the radar of Chinese regulators,” said Jing.

“International investments that are categorised as Services and R&D, have a stronger chance of gaining government approval over real estate, particularly as real estate is viewed to be affecting China’s stability.”

Jing observed that while outbound property investments will be limited, there is still the opportunity for some real estate, however, companies need to be open minded and expect big delays along the government review journey.”

“The chances of approvals for real estate investments in OBOR countries is much higher than those outside the OBOR.”

The true effect on Australian residential and commercial property from the Chinese crackdown has not yet been fully been realised but it is fair to say that there will be winners and losers as the changes play out in the property market. Point Polaris’ house view is that the window of opportunity for non-Chinese based developers is open now, but won’t be open for long, as this change is absorbed by the market.  Andrew believes that for local and non-Chinese based developers, it is time to act and acquire reasonably priced, well located sites in off-market transactions.